NORDIC FRONTIER. This week we focus on the Nordic Days that took place last weekend. We also dip into some domestic news with a sprinkle of black pills.

Brace yourself comrade, this one’s a long un’.

We’ll start off with discussing some comments from last week’s show, and we try to make everyone understand that, while this is the English speaking podcast of the Nordic Resistance Movement, opinions expressed by the hosts are their own. So the message is: Don’t throw the whole movement out just because you disagree with some minor comment we make on the show.

Then we move on to talk about the ”Nazi hunt” currently plaguing the internet. Stormfront was shut down after 22 years online and making headline in Sweden among other things.

Rich Piana has left the mortals behind and Mike has an eulogy for him.

We also talk a little bit about the situation in Europe right now where Italy’s beaches are plagued with wave after wave of non-white hordes, Spain has buckled at their border in their enclave bordering Morocco and will Paris ever be the same?

We also invite Simon Holmqvist, news editor at Nordfront.se on the show to talk about the Nordic Days that went down this weekend.

Teachers from ”Little Somalia” in Borlänge, Sweden, are lacking in the Swedish language.

1984 on steriods, wants to convict freedom fighters retroactively for greeting the victory. 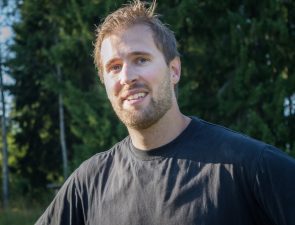 Video of First of May speech – Jörgen Kromann

Eilert Pilarm – In the Ghetto

Listen:
Listen to ”Nordic Frontier #32: The Nordic Days” on Spreaker.