NORDIC FRONTIER. This week we give you an episode packed with news of the Nordic Nation, we get into a conversation about the Million Program and give the listeners a little treat at the end. 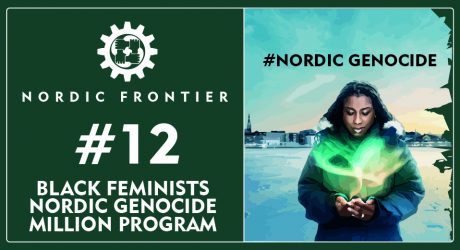 In the first hour we apologize for the lost minutes and head straight into the news. We discuss the first black party leader in Sweden, students celebrating the 100 year anniversary of the Bolshevik revolution with the blessings of the Swedish government, the ongoing genocide of Swedes. A new study has been made and we are now finding out that a fourth of the citizens of Sweden has foreign roots.

In the second hour we bring up the latest news regarding the movement. There was a lecture about the Resistance movement held by a rootless racial stranger and Trotskyite, our local activists attended. Followed by the police wanting to ban our movement over in Finland. We finish the hour off by discussing Rinkeby, urbanites and the Million Program.

At the end we attach a new little treat for our diligent listeners, something that we are hoping will become a weekly feature on it’s own.

Music on the Show:

Listen to ”NordicFrontier #12: Black Feminists, Nordic Genocide and the Million Program” on Spreaker.