NORDIC FRONTIER. This week we’ll take a look at how and why Sweden is on fire. We also talk to fellow member Daniel Nordberg about banking and jews. 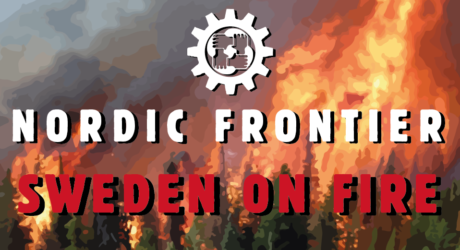 Starting off with AJ’s super movie review, having a look at the Hunger Games quadrilligy!

The fires in Sweden

New poll showing ”other” parties at 4.7%

Listen to ”Nordic Frontier #75: Sweden on Fire” on Spreaker.