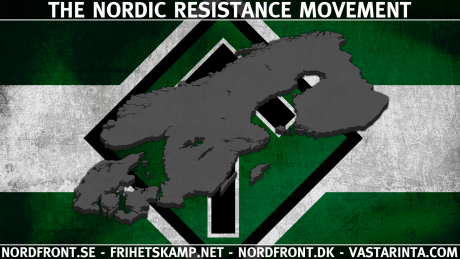 According to you, what are the reasons for the current immigration crisis in Europe?

Given the political circumstances during the decades preceding the events of 2015, the migrant crisis was bound to happen. The Zionist lobby sicced the United States on Middle Eastern state after another and toppled the strongmen who used to keep islamists under control, thus destabilizing the region. Of course, the European Union is equally guilty for letting them in. If European Union had simply shut the gates, the flood of non-whites wouldn’t have been possible in the first place.

How do you rate the consequences of US policy in the world, Europe and your country?

Catastrophic. On the world scale, US has kept the Middle East in a perpetual state of chaos, which is directly responsible for causing the nonwhite invasion in Europe and in Finland. Although, this unprecedented change has caused many people to wake up, and we’ve seen many people who have previously been uninvolved in nationalism take part in activism.

Which role in European and world politics does Russia play from your point of view? What should be the Finnish policy towards this country?

Finland should be a neutral buffer zone from Russia’s point of view – as we always have been because of our size and location. A National Socialist Finland would fight strongly against NATO expansion and preserve its own freedom via Nordic cooperation and strong domestic military. The role of Russia is a complex one, but to criticize its regime’s flaws should never mean cooperation with EU, NATO or the USA.

National Socialism means, simply put, finding one’s place and fulfilling one’s potential in the community of the folk, and working for the betterment of both yourself and your people under the eternal order of the nature. The cornerstone of our worldview is blood, it is our community, history and future. And we are responsible that the endless chain of generations of which we are but the latest link continues unbroken, forward to the infinity ahead of us. Destroyed country can be rebuilt, but lost blood can never be recreated.

How far-reaching compromises are you willing to accept in your fight against democracy and liberalism? Are you seeking to participate in parliamentary elections within the framework defined by the current system?

From the IRA all the way to Hezbollah, revolutionary organizations have often utilized the ballot in order to get closer to the every-day life of the people. This is why the Resistance Movement has founded a party in Sweden. We don’t think founding a party is a compromise per se. A National Socialist party will never do compromises by e.g. supporting EU-designated legistlation, multiculturalism, pro-banking sector austerity policies, or eroding of our national defence forces. However, party politics is always only a means to an end.